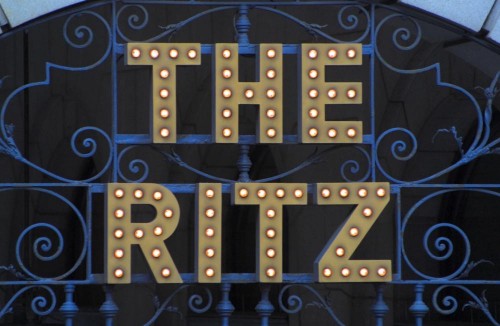 A short guide to find the ideal location for your stay in London.

It’s in your diary: you have decided to spend a few days in London for the first time. How many things to do in London! How many landmarks that you cannot miss! How many historical places, famous markets, wonderful shops, lively streets!!! You’ve sorted out the air tickets, which nowadays are getting more affordable if you choose well. But now there is the problem of deciding where to stay, especially if you don’t want to splash out all your holiday budget in a fancy hotel. Unless you have your favourite place to stay or a hotel chain that you loyally rely on, choosing a hotel in a city as large as London can become a difficult task. You have checked the usual sites, like Booking.com or Trivago, but the choice is so wide that it’s difficult to decide just on the basis of price and reviews.

My suggestion? First of all decide the location of the hotel in London, then start browsing offers for that specific area.

If this is your first visit to London and you want explore this wonderful city, a central location would be much better, but we all know that central hotels in London can be extremely expensive. And, anyway, some of the most famous London landmarks that you don’t want to miss are not so close to each other and you would need some transportation anyway.

If you ended up on this blog, chances are that you like the idea of exploring London by bus, because, as we never tire of repeating, it’s the most cost effective and enjoyable way to do it. The most central location would be near Trafalgar square, which is officially the centre of London. At walking distance from Trafalgar Square you have The National Gallery (which is actually on Trafalgar square) Piccadilly Circus, Soho, Leicester square, Covent Garden, Whitehall, Parliament square and Big Ben and Westminster Abbey, Southbank and the London Eye (via a footbridge), St James’s Park, Pall Mall and Buckingham Palace. Did I forget something? Probably, but these are enough to tell you why Trafalgar Square should be the central point of any visit to London.

Finding a good cheap hotel in London is difficult, but in this area it is quite impossible.

Therefore, rather than a central location, the best option would be to choose a hotel with a good bus connection, and possibly one that takes you directly to Trafalgar square or nearby.

These are the areas of London which can solve this problem and where it is not very difficult to find budget hotels too.

Being very close to Hyde Park, Bayswater is an ideal place to stay in London, especially in the nice season, because an early morning stroll in the park is always a very good choice.  From Bayswater there are several buses that can take you quickly to your chosen destination, and the routes to get there are quite panoramic too. All buses from Bayswater usually stop in Notting Hill Gate (if their direction is west), and from there a short walk will take you to Portobello and its famous market. Let’s see where they take you if you go in the opposite direction (east)

As you can see, only 4 buses can take you around central London quite easily, and this make Bayswater an ideal location.

This is an area of London that I always liked: from here you can reach the west end on foot, which is particularly convenient if you are thinking of watching a show of the theatres located in the area: after a day of sightseeing you can easily get back to your hotel to get changed and start your night out, and after that, you can wander back leisurely to the comfort of your hotel room (hopefully, because if you are on a budget, the comfort might not be so great). Bloomsbury is also never too far from nice places to go to. The British Museum is definitely one of them, but not the only one. Covent Garden and Soho are also a short stroll away, and if you are a shopping addict, you can always go to Oxford Street, empty your wallet in the shop (or shops) of your choice and drop the bags in your hotel before heading out for you night.

There are various nice hotels (although a bit more expensive) near Russel Square: look out for bargains, not unusual during week-ends. There are also nice hotels – often on the cheap side, but not on the over depressing variety – in the nearby Gower street.

Buses, on the other hands, are not so many, or at least, they won’t take you directly to one of your classic destinations. You will find most bus stops near Russel Square, but, unless you want to go to Euston station or to South London (and I don’t really see a particular reason for it, if you are visiting London for the first time), these buses are not that interesting. Better to go to the bus stops on Gower Street or on Bloomsbury Street, where you can catch the following buses:

An important note: Gower street is a one way road, therefore there is no risk to get on the wrong bus: all of them go south. If you want to go north, the bus stops are located on Tottenham Court Road, which runs parallel to Gower street. If you are on one of these buses heading back to your hotel, they will stop in Tottenham Court Road: the first stop will be probably the best choice to walk back to your hotel, if it is located near Russel Square or the British Museum.

As I said, Bloomsbury is a nice location, central, but quiet. However, it’s more suitable for walkers, considering the more limited choice of buses.

This is an area of London that no one will probably choose as a base to explore the city, being not particularly attractive, unless you have a strong passion for Portuguese or Brasilian food. In fact, behind Vauxhall bus station, there is the highest concentration of Portuguese and Brasilian restaurants in London, and the Portuguese community is quite well settled in this area. The area is not particularly attractive, but it is undergoing a complete face lift. We don’t know what it will look like after that, but for sure in these days is a hub of road works and construction, so it might be quite noisy too. However, it’s well known for being a rather inexpensive areas, and it’s home of one of the largest bus stations in London. For this reason, it’s extremely easy to explore the city starting from here. There is also the underground station of the Victoria line, which is perfect if your flight will arrive at Stansted Airport: if you want to get to central London from Stansted you get on the “stansted express” train and get out  at Tottenham Hale (rather than at its final destination Liverpool Street), and from there catch the tube (Victoria Line) to Brixton, which stops at Vauxhall. There are not many hotels in Vauxhall either (probably there will be more after the face lift), so your choice is limited to the Travelodge which is located near the Bus and Underground station or choose one of the AirBnB’s of the area (here you can find a great guide to choose the perfect BnB).

So Vauxhall is not really for the faint hearted or for those uninterested in modern architecture (I really like the MI6 building, for instance – the real home of James Bond and the other real Double-O’s), but it spoils you with its choice of buses (and Portuguese restaurants, of course):

So, even Vauxhall can be, unexpectedly, a good starting point to visit London by bus!