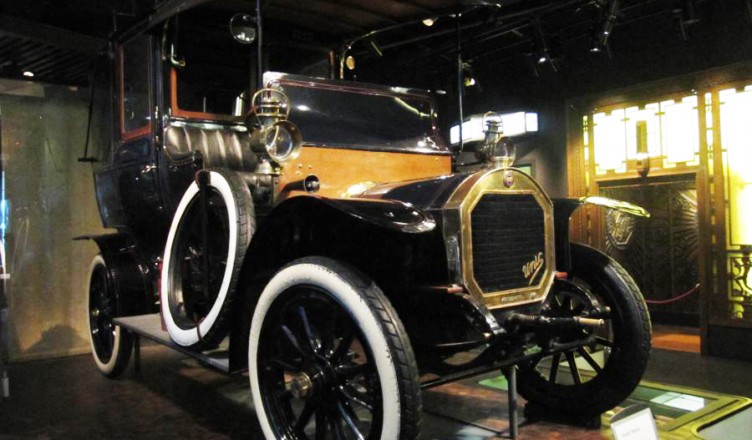 The Museum of London is not often high on the list of things to see in London, but it’s a shame, because it really is worth a visit. Perhaps one reason for its somehow limited fame among tourists is its location, which is not very central, close to the Barbican and a short distance from St. Paul’s Cathedral. Of course for those who have only a few days available to spend in London, a visit to the National Gallery and the British Museum is among the first boxes to tick in the list of things to do, but for those who love London and really want to know its past, the Museum of London is the right choice.

How to reach the Museum of London If you follow this blog – and if you don’t, I really think you should, if you love London –  you know that my preference always falls on the famous red buses, not only because they are cheap (after only three rides, you travel for free for the rest of the day), but mainly because they are the most ideal means of transportation to enjoy the city . Coming from Trafalgar Square –  the official centre of London – on the Strand you can take one of the buses going towards the City, as the number 15 (which often still uses the beautifully restored old routemaster buses) or the number 11 (which is a real all-rounder, given that crosses the city from west to east and takes you to many unmissable sights, better than an expensive tourist bus). Alight in front of St.Paul’s and take a short walk to the museum (just follow the path on this map). You will pass under the so-called Temple Bar, which was once placed at the eastern end of the Strand near the Royal Courts of Justice, and marked the entrance to the city. It was then removed in 1878, since it was obstructing the traffic in a city whose boundaries were constantly expanding and so was its traffic. As you can see, the history of London comes out at every street corner. Behind the cathedral you will find the St. Paul station (on the central line), which will be your ideal stop if you can not help but use the famous Tube to move around London. From there you can reach the museum in 5 minute: you will find the most convenient access on the right hand side, just after the Lord Raglan pub (nice and usually pretty quiet on weekends, definitely worth a refreshing pause), accessible by an escalator. The area around the museum is not particularly beautiful, maybe because it’s been almost entirely transformed into modern offices. However, if you’re a careful observer, you can find here and there some signs of the history of London, such as the blue telephone box which was once used to call the police, or the remains of the ancient Roman walls.

You have finally arrived at the museum, which, needless to say, is completely free, including the guided tours that are organized throughout the day. Only special exhibits are extra. Often they are interesting, but you still have as many as 9 galleries available to immerse yourself in the history of London. Personally, I do not spend too much time in the part dedicated to the prehistoric period, and just a little longer in the Roman London section. However, there are a few things which deserve a mention, such as the interior of a Roman house, which highlights the far superior level of quality of this period, when compared to the rude simplicity of the medieval buildings. The Roman period, which lasted until the early fifth century A.D., was crucial to the birth and development of London. Londinium was created by the Romans primarily as a port and a trading place and its mercantile tradition has remained unchanged throughout its history. The model reconstruction of the Roman London is a clear example, with the port strategically located near the bridge, with a direct access to the marketplace and the impressive Roman Forum. The map of the urban development of the city shows the rigid logic of its Roman structure, which was completely changed in the following centuries, removing any sense of symmetry. After 400 A.D. the crisis of the Roman Empire marked the end of Londinium, and the beginning of its decline. Foreign invasions, famine, pestilences could have destroyed this place forever, but its location was far too important to be forgotten. And the London Bridge,  which stands so close to the original location of the first bridge built by the Romans, still remains as a reminder of the Roman vision in the construction of one of the most important capitals in the world. It ‘s amazing how a city virtually abandoned in 500 A.D. has managed to rise again, through years of barbarian invasions, wars and terrible plagues. Of course the highlight of its growth was achieved in 1500s, under the reign of the Tudors, with Henry VIII and most of all Elizabeth I. The Museum of London cannot forget these historical moments, but faithful to the principle of having the city at the centre of the story rather than its sovereigns, shows the evolution of customs, clothings and buildings, rather than the history of kings and queens. The 1600s was not an easy century for London: Cromwell’s revolution and the subsequent beheading of King Charles I, the civil war, the restoration of the monarchy and the plague of 1665 are already in itself quite traumatic events. But most of all, is 1666 the year that will be forever remembered in London, because of the terrible fire that – starting from a bakery in Pudding Lane – destroyed in less than three days more than 10,000 buildings, St.Paul’s Cathedral, 87 parish churches, the Guildhall, the Royal Exchange, and left nearly 80,000 people homeless. Incredibly, only 16 people lost their lives, but the damage was immeasurable. The Museum of London dedicate a very interesting section to this tragic event, including an evocative film that, through the voices of contemporary witnesses, reconstructs the events of those terrible days of September. But once again, London managed to literally reborn from its ashes, and the aftermaths of the great fire saw the expansion of the city towards the West End, the creation of new residential areas with more advanced living standards and the creation of the magnificent St. Paul’s Cathedral by Christopher Wren. This gallery shows the economic growth of London, its commercial development and its increasing wealth. Particularly striking is the mini reconstruction of the so-called Pleasure Gardens, true predecessors of today’s amusement parks, which offered the eighteenth century Londoners the opportunity to have fun in the splendour of these enchanted gardens. But do not forget that such wealth is often accompanied also by extreme poverty and the reconstruction of a prison for debtors it is the sad testimony. Those of you who love Dickens can not help but recall the story of Little Dorrit, her unfortunate father and the sadly notorious Marshalsea Prison. This section is one of my favorites. London in the nineteenth century became the richest and most populous city in the world and the reign of Queen Victoria marked an unforgettable era for the city. Around London there are still many examples of that period (especially the pubs!), but the Museum of London has created a real walk in a street of the time, with the reproduction of typical shops, from the barber to the tailor, from the post office to the pawnshop, from the baker to the banker, from the pub to the public toilet! it’s like stepping back in time. Dont’ miss it!

Past the Victorian walk and the space dedicated to the two world wars, we quickly walk through the time and get closer and closer to our era. Although our tour is almost over, it will be interesting to browse through some  of these more recent objects (that some of you can even recognise), such as the Beatles records and the cloths in vogue in the ’60s, the punk movement of the late’ 70s, some examples of the “technology” of the early ’80s, such as the first Apple Mac or an early prehistoric specimen of a mobile phone.

Visiting the Museum of London is like taking a travel in time and it is definitely a destination not to be missed if you love this city and its history. The museum is open every day from 10am to 6pm and the entry is free. More information available on the official website.